When you turn to us, we don’t of course begin to treat you at once, because at first we have to map out what exactly the real problem is and the reasons behind it. Therefore the first step is a full evaluation of your state of health.

During the evaluation of your state of health and the treatments which follow we do not only explore the physical problems, but we also understand the energetic and mental, and spiritual side of those  problems. During the evaluation of your state of health light can be shed on such problems as which have not yet manifested themselves either in the form of symptoms or illnesses “on the surface” – thus their later effects can be prevented! Yes, you can spare yourself even a bigger sum of money  – by preventing the formation of further illnesses and in this manner you can take care of your Healthiness and well being. Within the human being everything is connected with everything, therefore during the course of the evaluation of the state of health we place serious emphasis on the understanding of these connections. The physical, energetic and mental parts of man are mutually dependent on one another and also exert a mutual effect on one another.

It is very important for you to know that clothes are kept on at all times during the consultation.

The treatments are personally tailored no two people are the same. Despite the fact, that different people have the same symptoms the causes which lie behind them may in themselves already be different. Of course, it can just so happen, that the same causes produce totally different symptoms.

The number of treatments depends on the problem. In the case of emotional problems there is no need for a daily consultation. In the case of physical problems one must reckon with more and more frequent treatment series. A one on one consultation takes about one to one and a half hours. Patients often encounter the phenomenon that besides the original symptoms, the symptoms connected to the original one also disappear.  We treat the whole human being as an entity at all times, focussing on the WHOLEness of health  – there was an example that a high blood pressure problem which lasted for several years and which was also coupled with an inferiority complex was settled in a satisfying manner for both parties.  Those who have sought our help feel more calm, emotionally more stable, more energetic, mentally more stronger, and generally better during and after the treatments – totally regardless of the problem they have sought help for.

You can (also) visit us in the following cases:

If you feel that my lines have touched a chord or if you think I can be of help to you, then let us meet in person within the framework of a personal consultation.

If we are unreachable or do not pick up the phone try again! 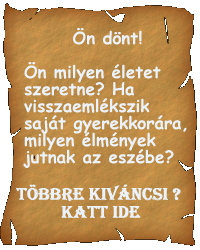